We have some REALLY exciting news about the The Kingkiller Chronicles... Lionsgate just bought the movie rights! Robert Lawrence (you might know him from Clueless) will produce the film. 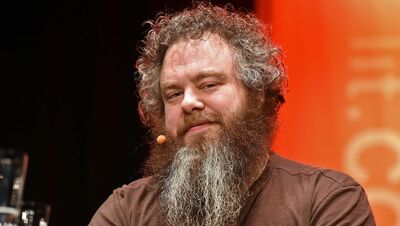 “Honestly, I've never been very interested in a straight-up movie deal,” said Patrick Rothfuss. “But Lionsgate was willing to work out something different, a multiplatform deal where they develop the films, TV series, and games simultaneously. That will give us the screen time to develop the characters and show off the world. What's more, through this whole process, they've treated me with amazing respect. I never thought a studio would approach me as a creative partner who understands how stories work."

This deal was finalized after being in talks since July. Read more details here...

What do you think? Will you see the movie?

Retrieved from "https://kingkiller.fandom.com/wiki/User_blog:Asnow89/Lionsgate_Gets_Kingkiller_Chronicles_Movie_Rights?oldid=23381"
Community content is available under CC-BY-SA unless otherwise noted.