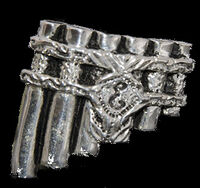 Talent Pipes are a mark of merit from the Eolian, a tavern in Imre.

It costs one silver talent for a chance to play and possibly earn your "pipes" at The Eolian. It is very difficult to earn your Talent Pipes and generally requires you to be one of the very best musicians in the world. Once someone has earned their pipes they can play at the Eolian for free whenever they wish. The wearer may also bring friends to The Eolian for free. Musicians who have earned their pipes are more highly regarded by innkeepers. Patrons are also more inclined to musicians with their pipes as it is a mark of skill, quality, and talent. 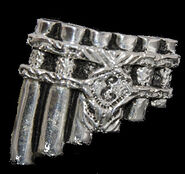 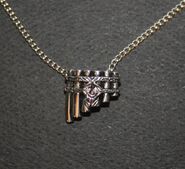