"I had a dream about the door once... Valaritas was the name of an old dead king. His tomb was behind the door."
―Fela[1]

Fela is a smart and beautiful woman who is a classmate and friend of Kvothe at The University.

"I turned to ask her a question, and only then realized how close she was standing. It says a great deal about how enamored I was with the Archives that I failed to notice one of the most attractive women in the University standing less than six inches away."
―Kvothe, regarding Fela.

Fela is described as strikingly beautiful with clear bright eyes and long dark hair. She is very intelligent and works in many different fields of study. Some of these include Artificing, Mathematics, and Naming. She can effectively call the name of stone. She is also a Scriv in the Archives.

Kvothe first meets Fela in the University Archives as she is working the entrance desk. She shows him to Tomes, later she is at the desk with Ambrose and Kvothe disrupts Ambrose's attempts to force himself on her.

Fela develops a friendship with Kvothe after he saves her life during an accident in the Fishery. She is very grateful to Kvothe and believes she owes him a debt of gratitude. This debt has lead to her granting favors thus far consisting of helping Kvothe during his illicit trips to the Archives and trading places with him at admissions when he is poisoned with a plum bob. She also gives Kvothe a fine green cloak with many tiny pockets.

Fela is one of the few students invited to study naming with Master Elodin. She is his most successful student, succeeding in learning the name of stone. After this she is promoted to the rank of Re'lar with Elodin as her sponsor. She proves her ability by making and wearing a ring formed from a river stone. The ring has a fascinating subtle circling pattern made of tiny facets on the surface of the ring.

It is implied that she has an infatuation with Kvothe early in their friendship; however, when he is in Vintas, she begins a romantic relationship with Simmon, one of Kvothe's best friends.

It is notable that Fela is referred to as Re'lar Fela, before she is promoted by Elodin. Many fans speculate that Fela was sponsored to Re'lar previously, though by which Master remains unknown. Elodin's promotion is a "true" promotion, in regards to the historical implications of the Re'lar's ability to call at least one name.

As a Namer it is possible that her dream about the four-plate door was somewhat accurate. 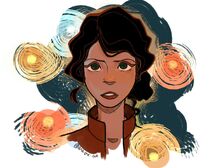 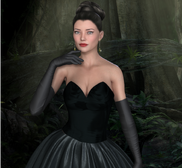 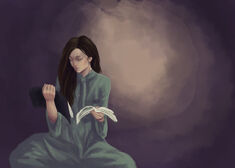 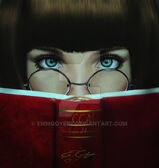