What's on your mind?

Not sure where the best place to share this is, but here is my artist friends version of Felurian. This oil painting has glow pigment on it as well, so all the photos you see are of the same painting, just at different stages. The first is normal, the second is with the glow activated with normal light as well, and the last is glow in darkness. Enjoy! 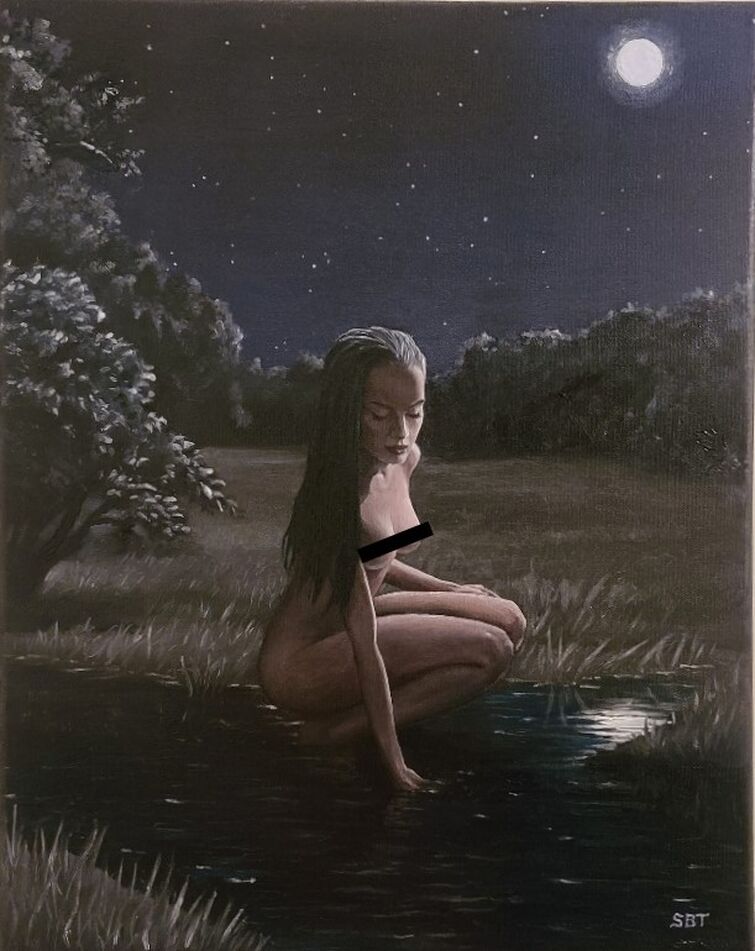 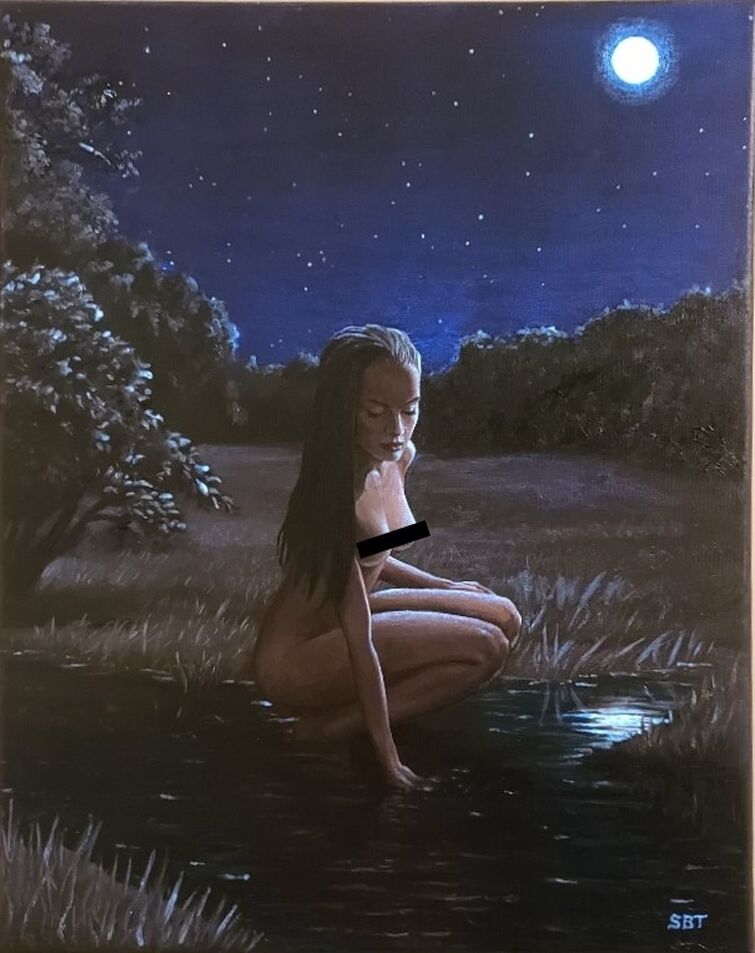 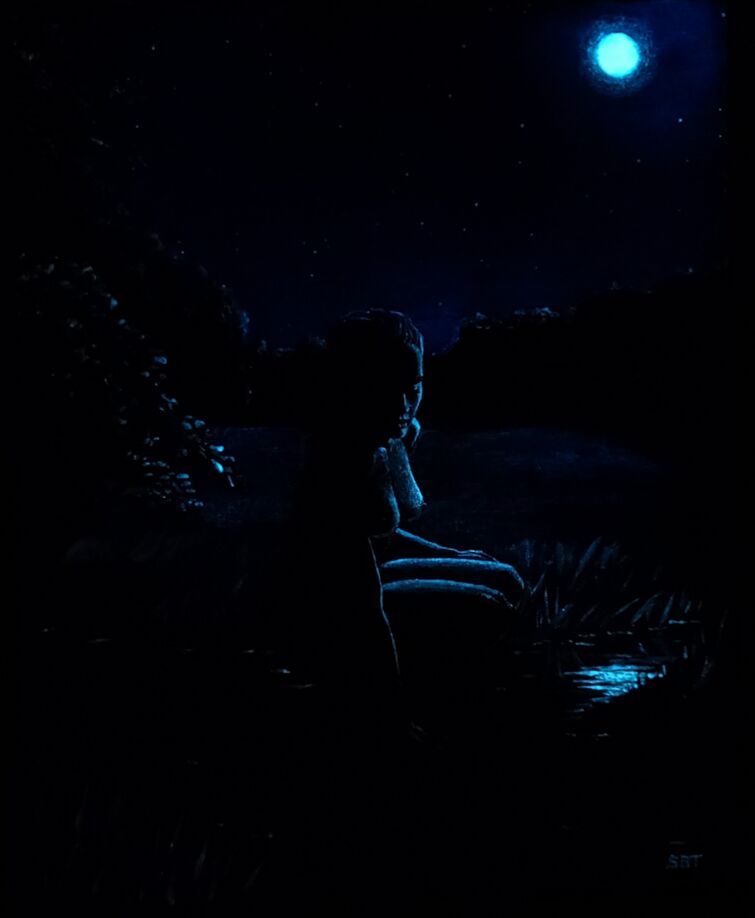 If you have seen the Disney movie Hercules then you'll understand this reference. I think Denna is to Halifax as Meg is to Hades.

There is a whole big world out there and some how she places herself to be found by Kvothe at the right times. I think (as do most people at this point) Master Ash is Halifax and he uses Denna to work Kvothe. Plus when she is probing Wilem, Simmon and Kvothe for insight on magic, I think she is trying to describe her contract to Halifax without actually describing it. I think she traded her soul for possibly her talent with music. I think she has learned things from Halifax, like how to tie Yillish story knots or catch the attention of men.

When practicing sympathy they had to perform tasks that included some one opposing them, even multiple people against a single person, with their Alar and doing things from remote locations. Therefore it’s possible that Kvothe has people constantly fighting/opposing his Alar, and therefore unable to currently use it. Maybe hired by Ambrose or something. Any thoughts?

So, this might make absolutely no sense, or someone might've already come up with this, but I have a theory about Taborlin the Great's true identity. What if Kvothe is Taborlin? Think about it. Even though art always depicts him as blonde, we have no idea what Taborlin actually looks like, only some of what he wears. His cloak of no particular color, which Kvothe says he imagines as either being a patchwork quilt, very similar to what he himself slept under living on the streets of Tarbean, or as being dark, so dark that even though it has a color, you can't tell what it is, like Kvothe's very own shaed. Also, almost all of what Kvothe does lines up very well with Taborlin. He has spoken the name of the wind, he has used Sympathy to call down fire and lightning, really most of what he did, he did remembering a Taborlin story. Also, Auri has given Kvothe a key, a coin, and a candle, Felurian gave him a Shaed, and he created himself a Gram, probably the amulet, leaving only the sword and staff. So, here's my idea: Kvothe did all of his amazing Kvothe things, then time traveled (far fetched, I know, but hear me out) back in time, with his key, coin, and candle from Auri, his Gram he made himself, his Shaed from Felurian, and his sword and staff later on, but while he's there being Taborlin, he uncovers that Master Ash is Cinder (I'm sure you know that theory by now), thus breaking his promise to Denna, and losing his name, along with all his power. This is also why Felurian has never heard of Taborlin. She knew him as Kvothe, and when he lost his power, he also lost the ability to return to her, so he'd never get to meet her as Taborlin. Does this make any sense?

Hey! I got a signed poster "Luring the Draccus" a couple years ago. I love it but I'm moving and for a variety of reasons it has been decided it will not be going up in the new apartment :(

I'm In DC for the next week and then I'll be in Boston. It's free for anyone who can pick it up! 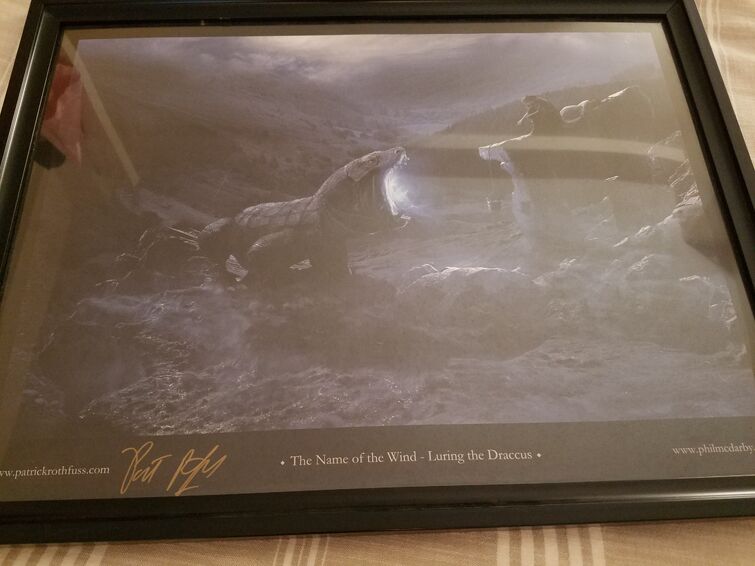 There is a rumor that Kvothe hears early on at the university about Ambrose and the many women he has driven away with his "charms". One in particular was a girl named Tabetha who disappeared mysteriously. I think this might be the girl that Kvothe named Auri.

I've listened to the audiobooks once through, but I am still very new to the series, so let me know if you have any evidence to present, either for or against this theory.

Bast at one point mentions 'The White Sisters'. Could the white sisters be Felurian and Pale Alentha (one of the seven). They are both described as pale skinned women. Neither of them are of the mortal realm. They are both, quite scandalously, in the habit of going about their day-to-day lives in an advanced state of undress.

First of all if this was posted anywhere else I apologize.

So given all of the theories known and what seems to be a general consensus that is most likely accepted as canon.

I believe the lockless box Kvothe has in his room in the waystone inn, is the same one mentioned in the Wise Man's Fear owned by his bitchy aunt. Somehow he opens it with help from the Key given to him from Auri.

Not sure what's in it but this helps him open the Doors of Stone, Jax and the moon locked away. Onced freed the Faen realm and the mortal realm begin to merge back together. This is why the Scrael shows up from what's supposed to from another realm. Pat also said we need to get used to the idea that Kvothe doesn't win. So I believe when he opens the doors of stone he is unable to fix that and the mortal realm is in chaos. This brings about the calamity of talking to the Cthaeh.

One thing that has never been explained is why Denna, in the middle of the book, asks Kvothe, Sim and Wil about magic and later she and Master Ash go to Yll, she learns knot-language. In my theory, she has gained a kind of magic.

I was wondering if the MOS could be changed. I agree that there shouldn't be a ton of detail in the summary part (currently called "In the Chronicle" on character pages), but would it be possible to change this to be "Synopsis of ____ in the Chronicle" and add a "Detailed Recounting of Role in the Chronicle" or something beneath it with more specifics. I am currently writing a screenplay for a single camera show based on the trilogy for fun and it's a pain in the a** to try to find the right place in the books whenever I need to look something up.

We know that faen are basically immortal and don't change appearance. Bast may appear young, but can be very old. Perhaps he appeared to Kvothe's mother long ago and things happened. And she became pregnant. A traveling troupe of Edema Ruh came along and a young, handsome fellow named Arliden flirted with her a bit and she told him her secret. That she's pregnant and her family was going to kill her or put her in a convent or something. He agreed to raise the baby as his own.

Why don't Arliden and Laurian have other kids when they're obviously sexually active? Perhaps Arliden is sterile.

I just re-read the scene in Wise Man's Fear where Kvothe overhears Denna's conversation with a scared girl about the realities of life as a whore. I get the feeling that Kvothe came to the conclusion that Denna was having sex with all her boys and that made him feel betrayed so he felt okay about having sex with others instead of being true to Denna. But this is part of his tragedy. Maybe Denna was saving herself for Kvothe. It seems like in her conversation with the girl, Denna mentions that there is the option of "burning bridges" by disappearing before things go too far. But Kvothe maybe interprets the conversation as she's having sex with her boyfriends.

Now, that doesn't necessarily mean she is a virgin. But maybe she is, or she is voluntarily celibate (but has been abused or sexually active in the past). Thoughts?

Why is Kilvin trying so hard to find this lamp? An ordinary personal obsession? Or is it something much more important? Could the ever-burning lamps have a key role in the series? Do you have any theory about this issue?

I'm reading through the series for the third time now, and something struck me during my journey through Vintas. In Chapter 65, as Kvothe is playing Tak with Bredon, Kvothe misunderstands the "true meaning of the game." You can see the ire in Bredon's eyes, and he proceeds to utterly and dispassionately defeat young Kvothe multiple games in a row. That is the first substantial piece of evidence that leads me to believe that Bredon is playing a much bigger game. The second being his gentle drift back into calmness as he explains the true purpose of the Tak. Now that you have the flush of anger in your mind and the settling of that storm in such quick succession, hear his words. "Why would I want to win anything other than a beautiful game?" I don't think he was just talking about Tak.

When his parents were killed, they were by a waystone. When searching the woods for the Chandrian and the draccus appears, a blue flame is seen from a distance, where they find the waystone. In the third book, Kvothe will learn how to use this power and travel with it. "Waystone Inn" "Traveler's Inn" "Doors of Stone" Way"Stone" They are doorways... literally made of stone..

When referencing the Abenthy page I noticed this line:

Ben asks to join the troupe to which Kvothe agrees.

It would be Kvothe's father Arliden whose agreement would allow Abenthy to travel with the troupe.